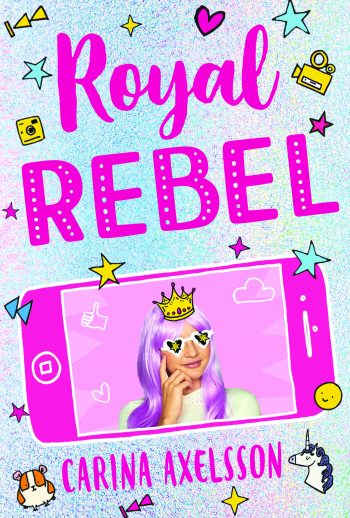 Meet the royal rebel of my new book series: Princess Lily of Waldenburg. She’s a future queen with a HUGE – and fashionable – secret!

I’m SUPER excited to finally be able to introduce you to the first book in my new series, Royal Rebel!!!  So get ready to meet Her Royal Highness Crown Princess Lily of Waldenburg, heir to the throne of the fairytale like Queendom of Waldenburg – the world’s only queendom!

I hope you’ll love this new series that combines so many of my favourite things: girl power, comedy, DIY fashion, secret turrets, dogs, feminism, ponies, and even a tiara or two…

The first book in this new series will be published in the U.K. in January 2019 (so, just in time to kick off a fab new year! YAY!!!) and, until then, there will be a whole lot of royal announcements and fun stuff coming your way! So keep checking back here.

In the meantime, here is a royal teaser:

There’s just one thing that night stand in my way. I’M A PRINCESS.

But a Princess can do whatever she wants, right? WRONG.

Because one day I’ll be queen of Waldenburg.

And if there is one thing a future queen DOES NOT DO, it’s vlog about fashion…

Also, definitely MAKE SURE YOU you check back soon because I’ll post the FIRST CHAPTER of ROYAL REBEL, here, for you to read!

In the meantime, start polishing your favourite tiara and remember: GIRLS RULE!!! (Literally, in Waldenburg!) 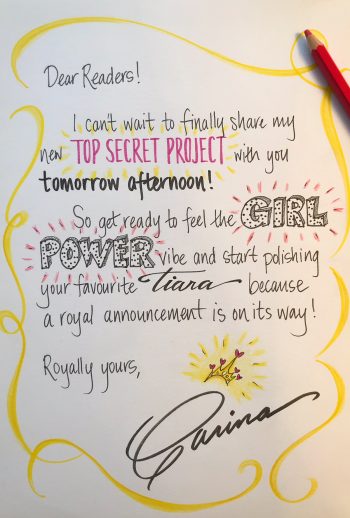 Here’s the teaser I drew for my Instagram followers! I had so much fun drawing it!